Born November 10th 1961 in Hartlepool, Co Durham, England. In 1963 emigrated to New Zealand and after two attempts at making a home there in 1970 returned to England.

Adjusting to life back in England was brutally hard, when I think of that time I am reminded of the scene in Oliver Twist were he is in the workhouse and wanting more 🙂 I had gone from a climate where I had gone to school in shorts and barefoot to a much colder climate where I still had to wear shorts but it was snowing, brrrr!

I so missed the fantastic weather of Auckland, the lifestyle and all the friends I had made. Things were made worse by the fact my parents got divorced within a few years of returning to England.

In 1981 I started to teach myself guitar when my dad had left his guitar with me for safe keeping while he swanned off back to New Zealand to for a holiday, he never did get it back.

My interest grew so much so that I went on to study for a Foundation Diploma in Music, I even gained a distinction in A Level in Art. Time at college was fun,

Paul Moore and I met at college where we were both studying music. I had been writing songs for a year before I met Paul. We both used to hang around the music department as we could generally get access to a piano and it was a great place to hang out. I introduced Paul to Lee Russel another guitarist I knew from the year previous at college and we would jam songs eventually from this jamming 404 came into being and eventually lead to a recording contract with BMG Records. 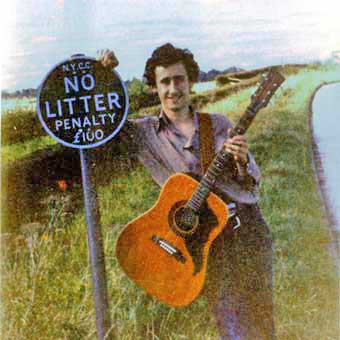