In 1983 Lee had moved from guitar to bass all we needed was a drummer. Paul Stirk was our first drummer and played on our first demo that we recorded at an 8 Track Recording Studio in Bridlington, Yorkshire that was famed for recording Joy Division. The demo consisted of 3 songs, a very punk version of “Moving On” which originally had been a ballad, “Hot for Love” and “You”.

The first line up of the band didn’t go much further than this recording session and split up soon afterwards due to the drummer wanting to focus on the social club scene. Although Paul and I worked on projects together from time to time. So our line up was reduced to three

Recording in the studio was a big learning experienc and expensive, as our funds were limited, so it wasn’t too long before we invested in a small 4Track Recorder. We recorded an early demo of “Ice Dancer” and our first version of “Something I Need”, a song that would be one of the five songs which would eventually lead to our gaining the attention of “Rupert Hine” a record producer who had worked with Tina Turner and follow on to being signed by Bob Busiak at BMG Records in New York.

After spending some time in Australia backpacking with Paul and getting a lot of positive feedback from the few demos that we had, we decided to return to England and start recording as 404 a new demo of 5 songs. “Give All You Got”, “Something I Need”. “Revved Up”, “Let Me Go” and “I Don’t Want To Talk”.

The demo gained the attention of Rupert Hine, a major record producer who has worked with Tina Turner, Stevie Nicks, Chris DeBurgh etc. In his letter he wrote that he

“was beginning to feel that interesting tape from writers in this company without a record deal, or indeed with a record deal, was becoming a rare phenomenon.”

We had a recording contract with BMG Records (USA) within six months. but due to Rupert’s other commitments and our manager’s conflicted interests, our album that we were in the final stages of recording at Metropolis Recording Studios, was never completed before the change of management at BMG.

We were told that a 3rd of artists signed to BMG Records were dropped in a cost cutting exercise and 404 were part of this. There was a lot of negativity from that period with blame being passed on whose fault it had been. Our band didn’t last more than a year after that, but we did records some great final songs together which you will find on the album “One Way Traffic”. 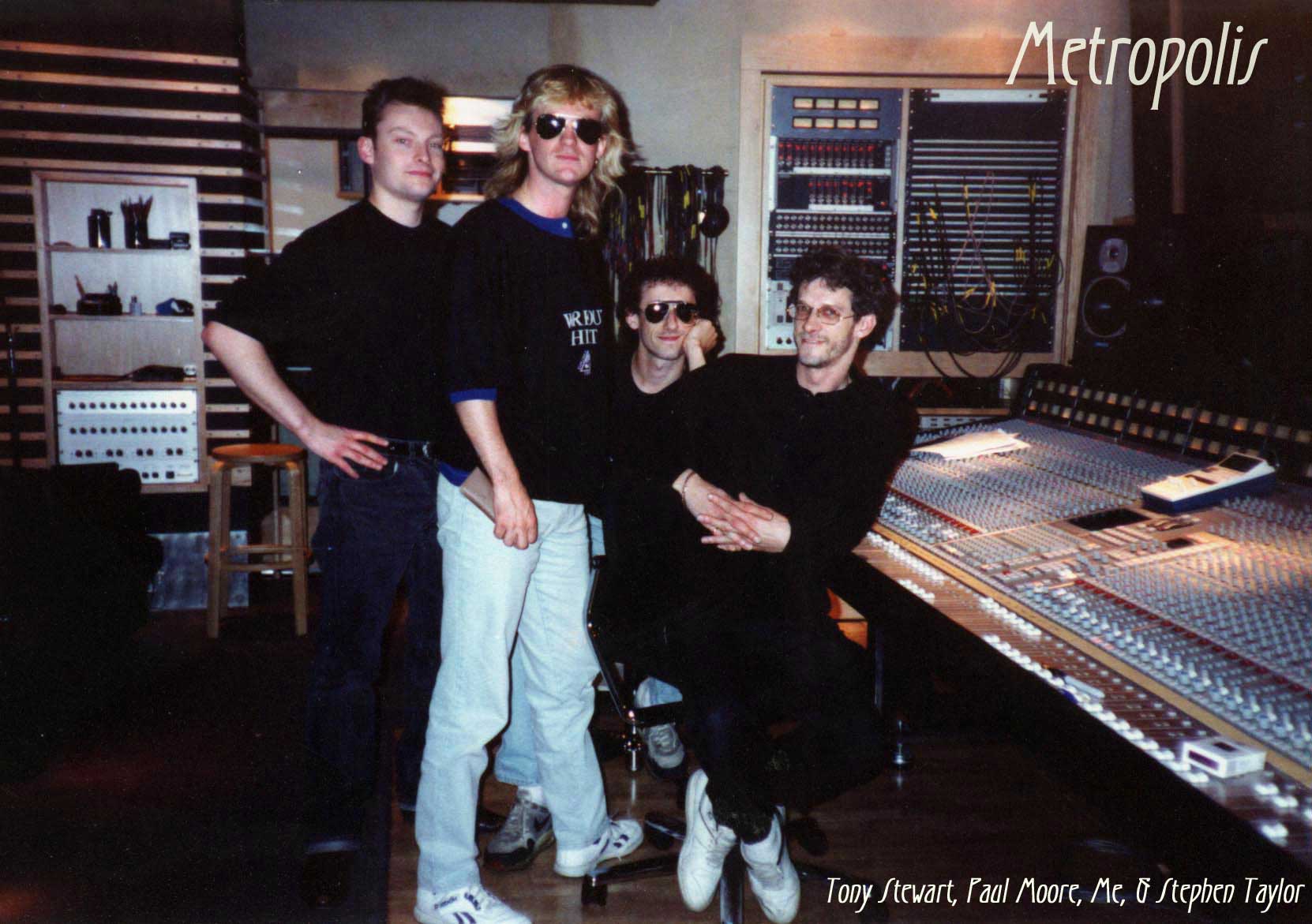